BASINGSTOKE, Hants. (5 February, 2017) – Sergio Garcia claimed his 12th European Tour title as he completed a dominant wire-to-wire win at the Omega Dubai Desert Classic. Gaming a full bag of new 2017 TaylorMade equipment, including the new 2017 M2 Driver and TP5 golf ball, Garcia set the tone for the tournament with an opening 65 and never looked back. Wearing adidas Golf apparel and footwear, Garcia continued his momentum and finished strong with a bogey-free round 69 to get to -19, beating his nearest competitor by three shots.

What You Need To Know: 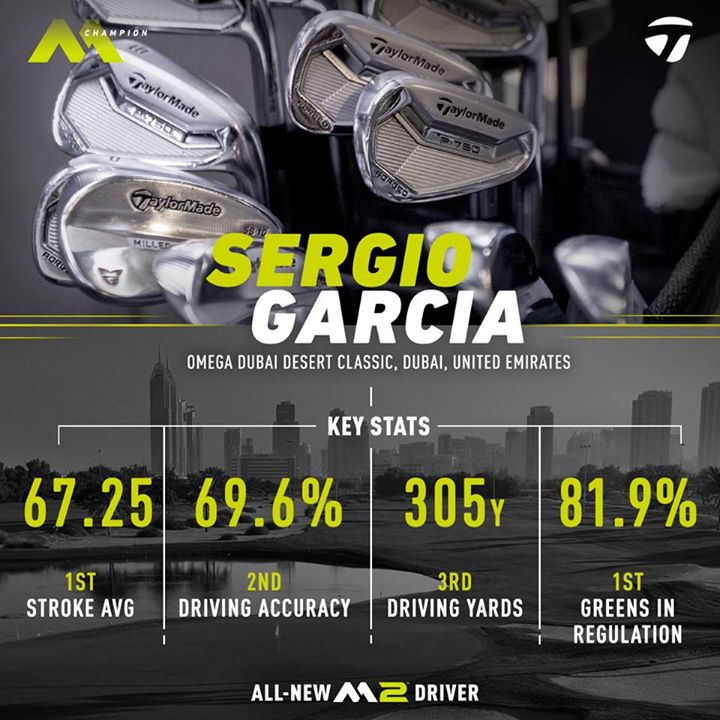